Please plan to join us for our annual Hanukkah party on Sunday, December 9, at 5:00 pm.   We will be serving Barry’s famous latkes, singing and having a festive time.  Please plan to bring a dairy or parve dish.

Sundown Saturday, 12/8, we mark the beginning of Chanukah. Chanukah, or however you chose to spell it, is a holiday of miracles shrouded in mystery. Too often we tend to view it as a holiday meant only for children. Chanukah means many things to many people. For some it is the holiday foods, for others it is a time of gift giving. From a historical perspective, the holiday reminds us of the first war fought expressly Jewish principles (1) the idea of freedom of worship and freedom of speech. Others combine the holiday’s ideals with the chanukiah (menorah) and see in it the ideal that the light of freedom can pierce the darkness of tyranny.

In school children learn that Chanukah represents the rededication of the ancient Temple in Jerusalem after its liberation from the Greek speaking (not the Greeks) Assyrians. According to Talmudic legend, at the Temple’s rededication there was only enough oil to light the national menorah (candelabrum) for one day and yet somehow the oil lasted for 8 days. What is fascinating about this miracle is that the original sources, the Books of Macabbees (found in the Apocrypha) never mentions the miracle, but only speaks of our great military victories over our Greek speaking enemies.

The actual war is also wrapped in mystery. Historians are not sure of its causes. Was this war about the masses rising up against out-of-control business or government interests or was the revolt a successful attempt in which loyal Judeans took their country back from the urban elite liberals who sought to destroy Jewish culture in a sea of internationalism and secularism?

In the 20th century, especially in the USA, Chanukah has had a major (re)birth. Occurring in December, modern commercial interests soon realized that this holiday would be a perfect counter-weight/addition to the commercialized Christian holiday of Christmas. Thanks to the magic of marketing, Chanukah, a minor holiday, became a major holiday, dedicated like Christmas to the spending of money. Yet despite this misunderstanding of Chanukah (and some Christians might say the same about Christmas) Chanukah provides us with a powerful messages.

Chanukah teaches us that the light of liberty and knowledge can overcome the darkness of fear and prejudice. It reminds us that prejudice occurs when we judge others as evil simply for being different from ourselves. Chanukah is the holiday that teaches tolerance, diversity, and understanding between peoples. It reminds us that each culture and people has something special to contribute to the world. Chanukah can serve to unite all of us. The Spirit of Chanukah is unique: it is the sense of national responsibility mixed with the idea that nothing comes without hard work.

Chanukah’s essence is the counterbalance to Passover’s slavery. In Passover, we learn how we had become soft, how we were willing to compromise our dignity for the “onions and cucumbers of Egypt.” Chanukah, on the other hand, symbolizes that freedom requires hard work, that even in the darkest of times, when we see no solution, we are required to be optimistic. Chanukah means dedication and its name reminds us that it is only through dedication that we defeat personal indifference and can overcome the selfishness of materialism. 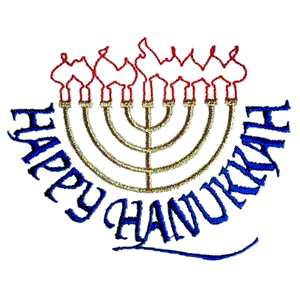 Just a reminder of our annual Chanukah party tonight, Thursday December 22 at 6pm. It will be a pot luck – dairy or parev – dinner. Please bring your family, friends, Chanukiah and candles (we have spares though), singing voices and appetite. It should be fun and we look forward to seeing everyone.

Of course, we will be having Friday night services tomorrow night, December 23 and also look forward to seeing everyone there at 7pm.

Next Event starting in: